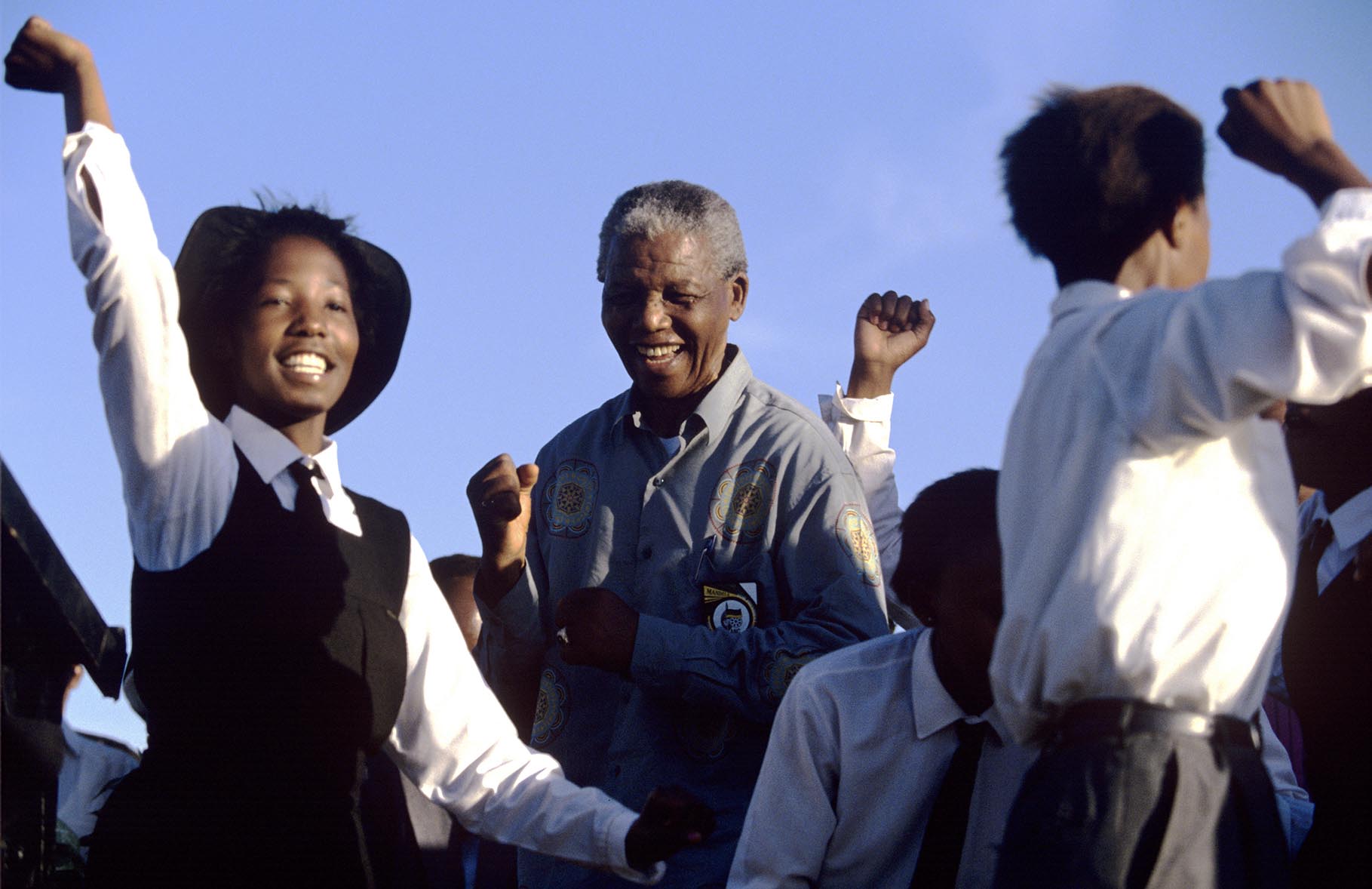 Nelson Mandela dances with school children at a campaign event. After more then 27 years in jail as an anti-apartheid activist, Nelson Mandela lead a 1994 campaign for President as a member of the African National Congress (ANC), in the first free elections in South Africa in 1994. Mandela has received more than 250 awards over four decades, including the 1993 Nobel Peace Prize.