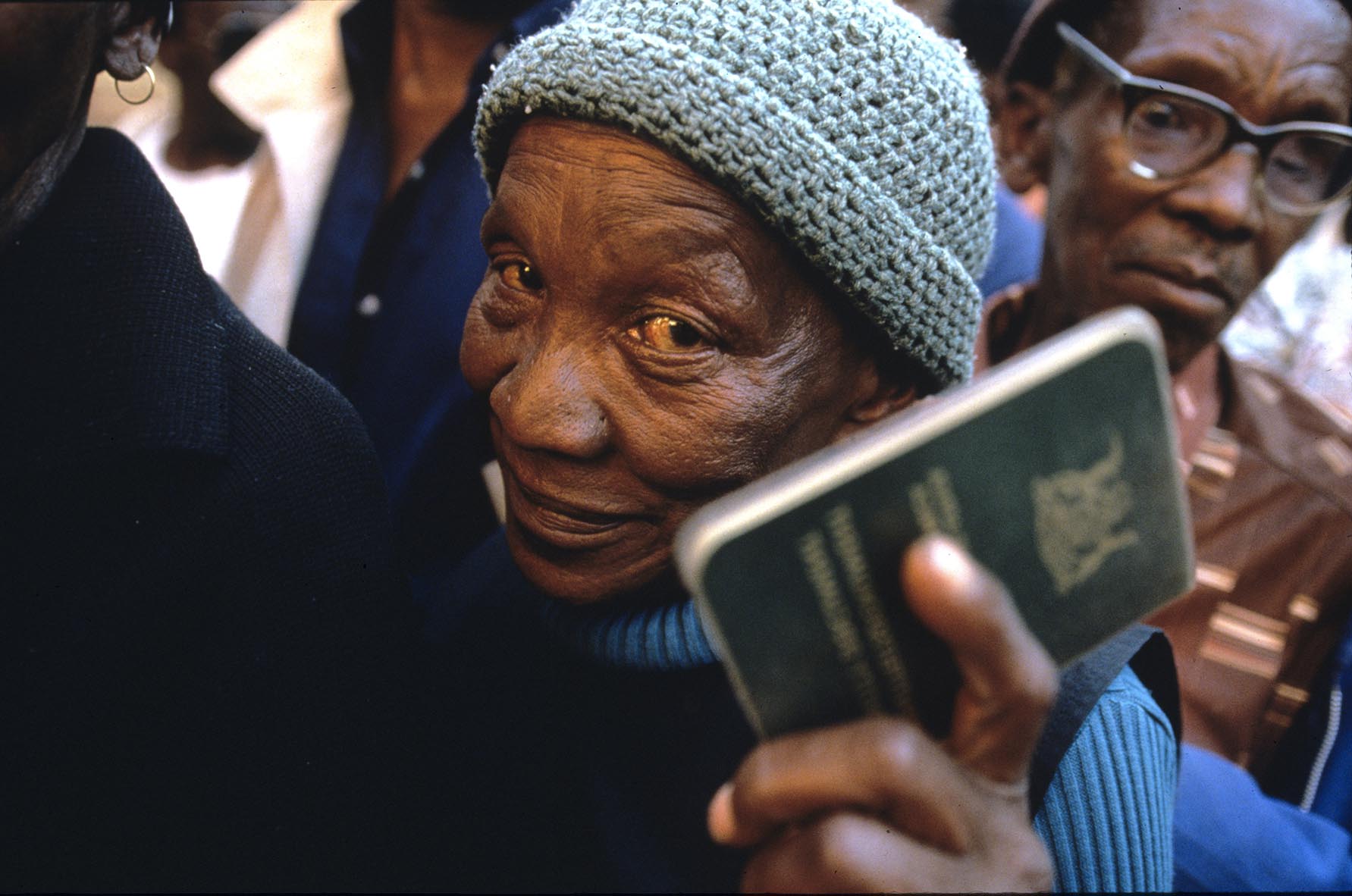 A woman holds her identity papers before casting her ballot at a polling station in Soweto. Millions of South Africans voted in the nation's first free and democratic general election, marking the end of centuries of apartheid rule. Nelson Mandela of the African National Congress (ANC) was elected as the first black President of South Africa.