INSIDE THE BELTWAY: Belt_40 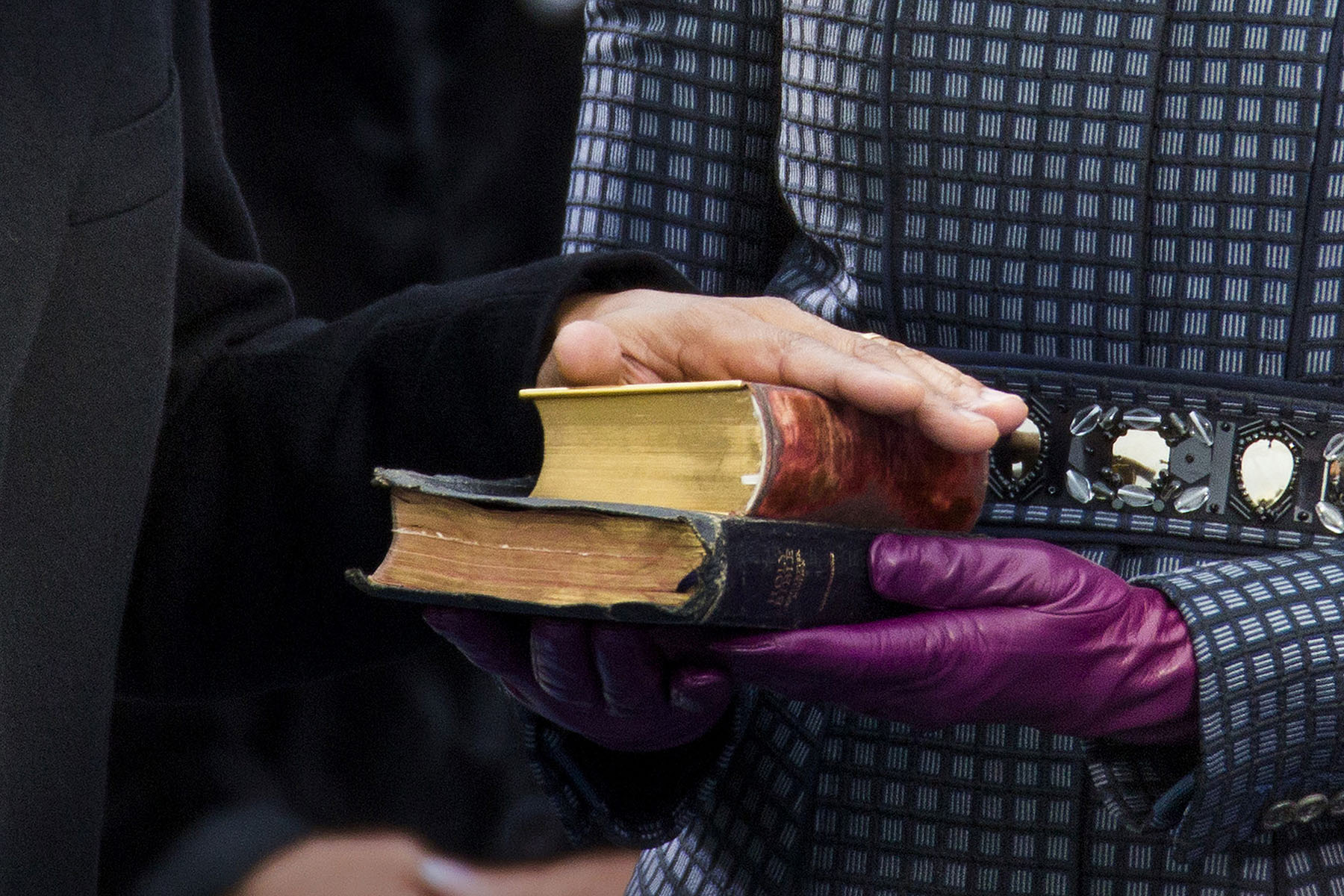 U.S. President Barack Obama places his hand on two bibles as held by first lady Michelle Obama as his recites the oath of office during swearing-in ceremonies on the West front of the U.S Capitol in Washington. The first is the Bible used by former President Abraham Lincoln, when he took the oath of office in 1861. The second Bible is the so-called "traveling Bible" used by slain civil rights leader Martin Luther King, Jr.